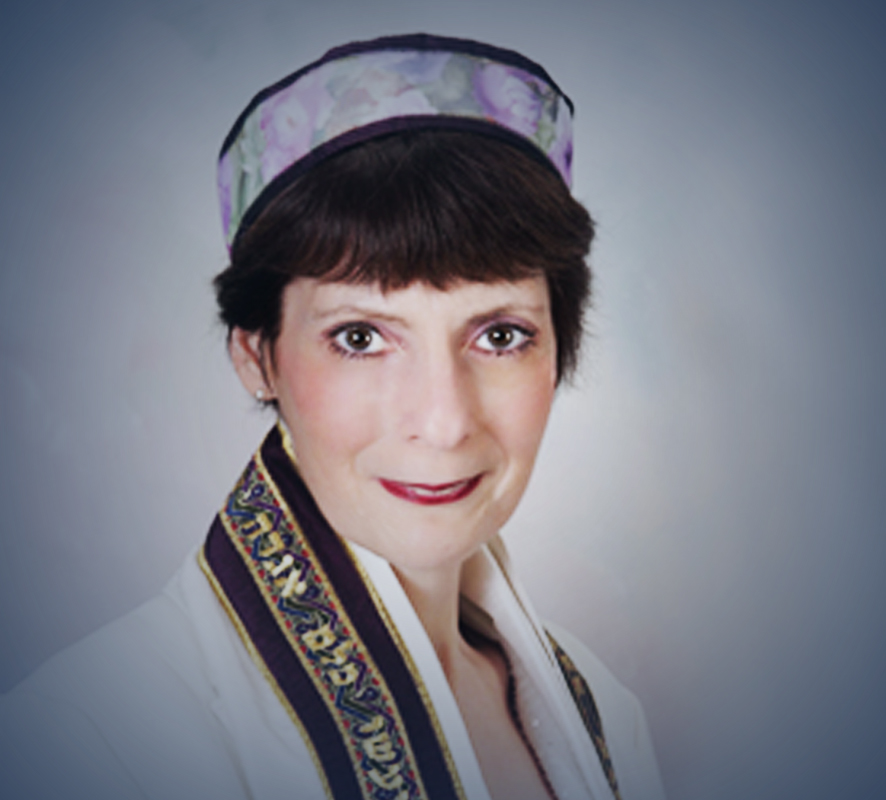 Rabbi Davis – or 'Reb Melody' as she prefers to be called - is a 'local' girl. She has lived in the Lehigh Valley for 31 years. Home is a 268 year old stone farmhouse nestled by the Little Lehigh in Emmaus. She lives there with her husband Edwin - who refers to himself as her " Hubbitzen ". They have three children: Spencer, Jonathon, and Annelise.

Reb Melody's journey to the rabbinate has been fascinating, challenging and circuitous. At the age of three, she knew she wanted to be a rabbi. After being pointedly informed that only men could be rabbis, she and Judaism parted ways. Yet every position she held had a "God" element to it.

She jokingly refers to her previous careers as 'past lives.' She worked sporadically as an actor, singer and director, then returned to college. While managing her husband's photography studio, Reb Melody taught traditional and contemporary holiday music in Hebrew, English and Yiddish to grades Pre-K through 6. She has also instructed children from 4th through 6th grade in a three day a week in after-school Talmud Torah program.

In her quest to share 'yiddishkeit,' - Jewish life, customs and practices, Reb Melody is always teaching. Currently she teaches Judaism 10l and weekly torah study classes. All are welcome, no experience necessary! She also serves as the Jewish Chaplain at the Country Meadows Retirement Community in Allentown. Reb Melody has a deep and abiding love for Judaism. She seeks out comfortable and joyful ways for people to come closer to God. She believes that each individual has a different way to approach The Eternal. Some of the modalities that she utilizes are drama, inter-linear Torah chanting, music, poetry, dance, literature, chanting and meditation.

Reb Melody is not only a teacher, but the perennial student. She enjoys learning from people of all ages. Her door, mind and heart are open to you. 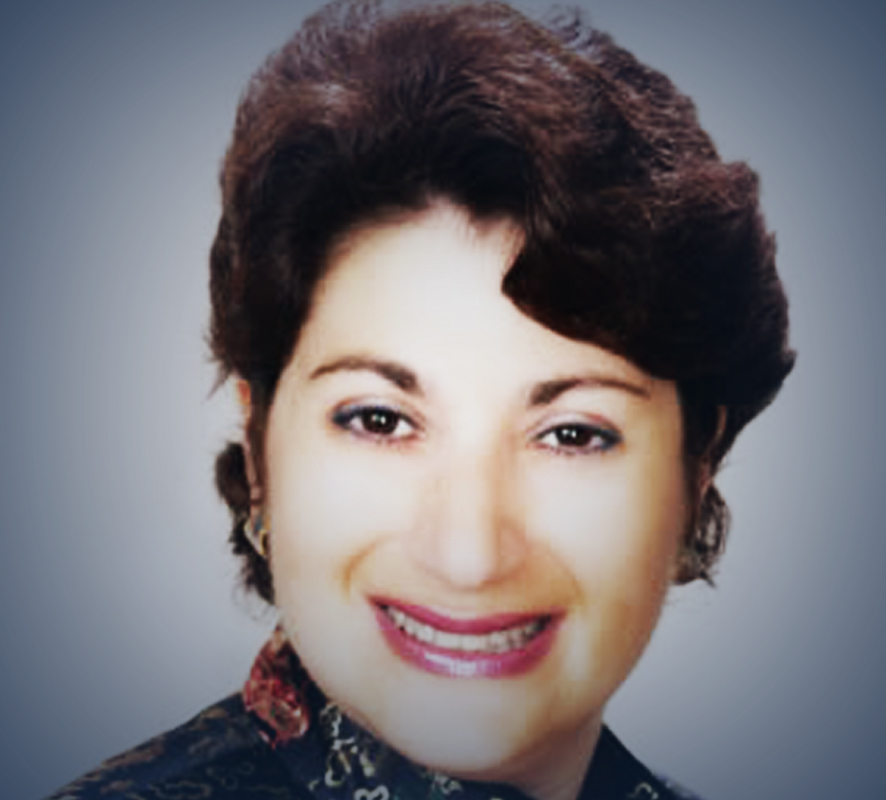 Jill Pakman will continue to serve as the Cantor for newly merged Congregation Bnai Shalom as of August 2020. Jill had previously served as Cantor of Temple Covenant of Peace since September 2003. Although she had been viewed as the Temple's "Student Cantor" while completing her Masters Degree in Jewish Music/Cantorial Studies, Jill has functioned as a Cantor/Cantorial Soloist since 1989. Her first position after leaving the USAF Band in Omaha, Nebraska was Temple Emanu-El in Wichita, Kansas. Jill then went on to work in South Florida where she resided for more than four years. She returned to her home in the Yardley, Pennsylvania area in1994 and has been engaged in Cantorial work in and around the area for thirteen years.

Jill has trained, literally, hundreds of B'nei Mitzvah students as she began tutoring just after becoming a Bat Mitzvah herself, due to the fact that she was able to learn the trope/cantillation system by chanting her Haftarah portion. Now that Jill has completed her Masters Degree and will have more time to devote to TCP, she looks forward to having the oppotunity to work with/train the B'nei Mitzvah students at the Temple as she brings more than thirty years of experience in preparing students for their Bar/Bat Mitzvah ceremony.

In her expanded capacity at TCP, Jill intends to lay the foundation for B'nei Mitzvah preparation and prayer book literacy along with continuing to expose the religious school students to Jewish music. 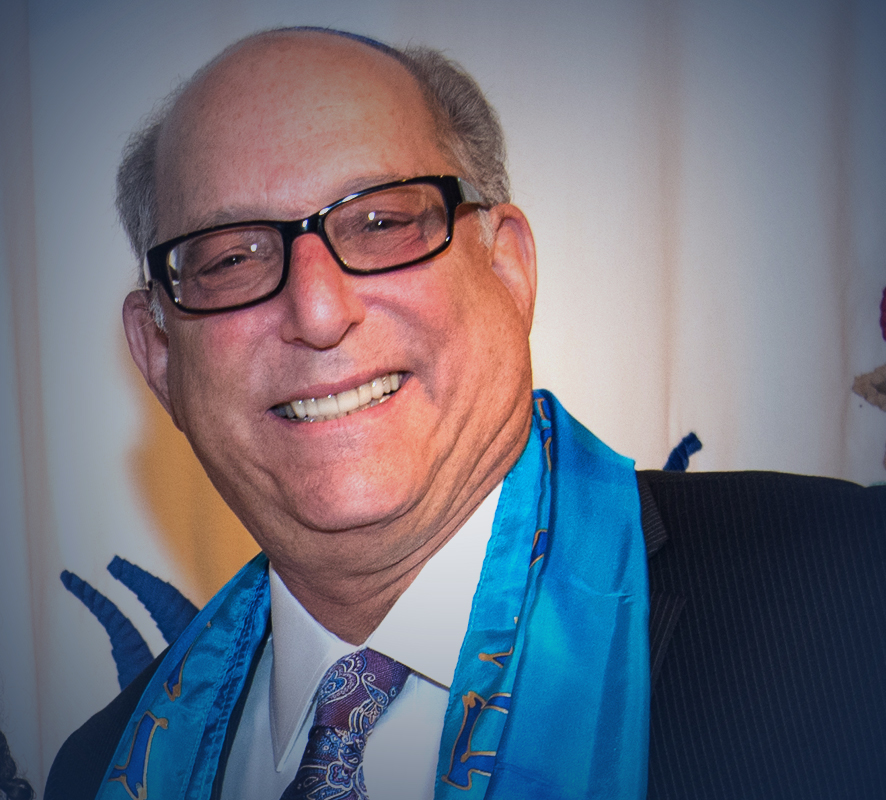 Dr. Robert Weiner has been an integral part of the Easton Jewish community for over 50 years. His early religious and professional education bagan in Philadelphia. completed his undergraduate work at Temple University and the well-known Jewish Gratz College of Philadelphia. He completed his doctorate degree in Biblical Studies at Rutger's University in New Jersey. He married Sandy Weiner and he accepted a position at Lafayette College in Easton. Dr. Weiner has and continues to make an impact on Jewish life in Easton today.

Cantor Weiner has been active in Bnai Abraham Synogoue for many years and held many positions. He has been led High Holiday services, weddings, namings, and taught Bar and Bat Mitzvah students for decades. He has also taught religious school and led erev Friday night and Shacharit services as needed over the years.

Our Cantor Weiner has also been a fixture at Lafayette College for over 50 years and is retiring. We have included a great tribute to Bob that was published in the newspaper at Lafeyette Chronicle that captures his values and legacy during his tenure at Lafayette and Easton for that matter. Some highlights include Bob being one of the founders of Hillel house and Jewish studies programming at the college.

In the article written by Katie Frost (2019) published in the Lafayette Chronicle upon Bob's retirement Frost writes..."In the spring of his second year at Lafayette, Weiner was asked to teach a course on modern Jewish history. He did not have a strong background in the subject from college, so he said he essentially had to give himself a graduate education in the subject. This would be the first Jewish history course taught at Lafayette. He began his career as a history professor at Lafayette College in August 1969. Recently, Weiner has mainly taught courses on nineteenth and twentieth century European history, modern Jewish history, the holocaust and French art and politics. He has many published works to his credit.

Weiner also played an important role in the founding the Hillel Society at Lafayette. He raised enough money to put a down payment on the Hillel House through 22 people donating $100 each. “I realized that the Jewish students needed a safe space…a place to be totally within one’s own culture and to welcome others,” said Weiner.

“There was a kind of social and cultural anti-Semitism at the college when I first came here [50 years ago]. Someone warned me, and said, ‘I hope you won’t be offended, but people are referring to you as ‘the Jew on campus.’ I had no intention of doing anything with Hillel. I came here as a French historian,” said Weiner.

In February of 1971, Weiner sat down with The Lafayette to discuss the concerns and needs of the Jewish population on campus.

“The two major problems that have severely hampered Hillel’s role on campus have been the lack of a Hillel center and the lack of adequate personnel to guide the society,” he said in the 1971 article entitled “Weiner comments on Hillel needs; Examines Jewish identity crisis.”

Less than a year later, the organization had a house on McCartney Street. In an article from late January of 1972, The Lafayette described Weiner as being an integral part of acquiring the house.

Weiner was “in the middle of every aspect of the house, from financing to furnishing,” the article reads.

Today, Hillel is run by a team of a student board and faculty members. But, in the beginning, Weiner was on his own in leading the organization.

“Come Hanukkah, 50 kids were in my house, and my wife and a couple of students were making latkes,” Weiner recalled.

Bob has been leading services since he was 12 years old. His unique skill set has contributed greatly to Hillel Society and Bob was appointed Jewish Chaplain at Lafayette College about twenty years ago.

Our congregation is fortunate to have been the benefactor of Cantor Weiner's extraordinary talent for so many years. He has led worship services and has sung traditional melodies at Bnai Abraham like the Kol Nidre services before Yom Kippur that many members will hold dear for generations. Thank you Bob for all these years of exemplary service and your wife Sandy, three sons and lots of grandchildren - your contributions to our congregation are deeply appreciated. May we continue to enjoy your voice and services well into the future.

SERVING THE JEWISH COMMUNITY OF EASTON SINCE 1839